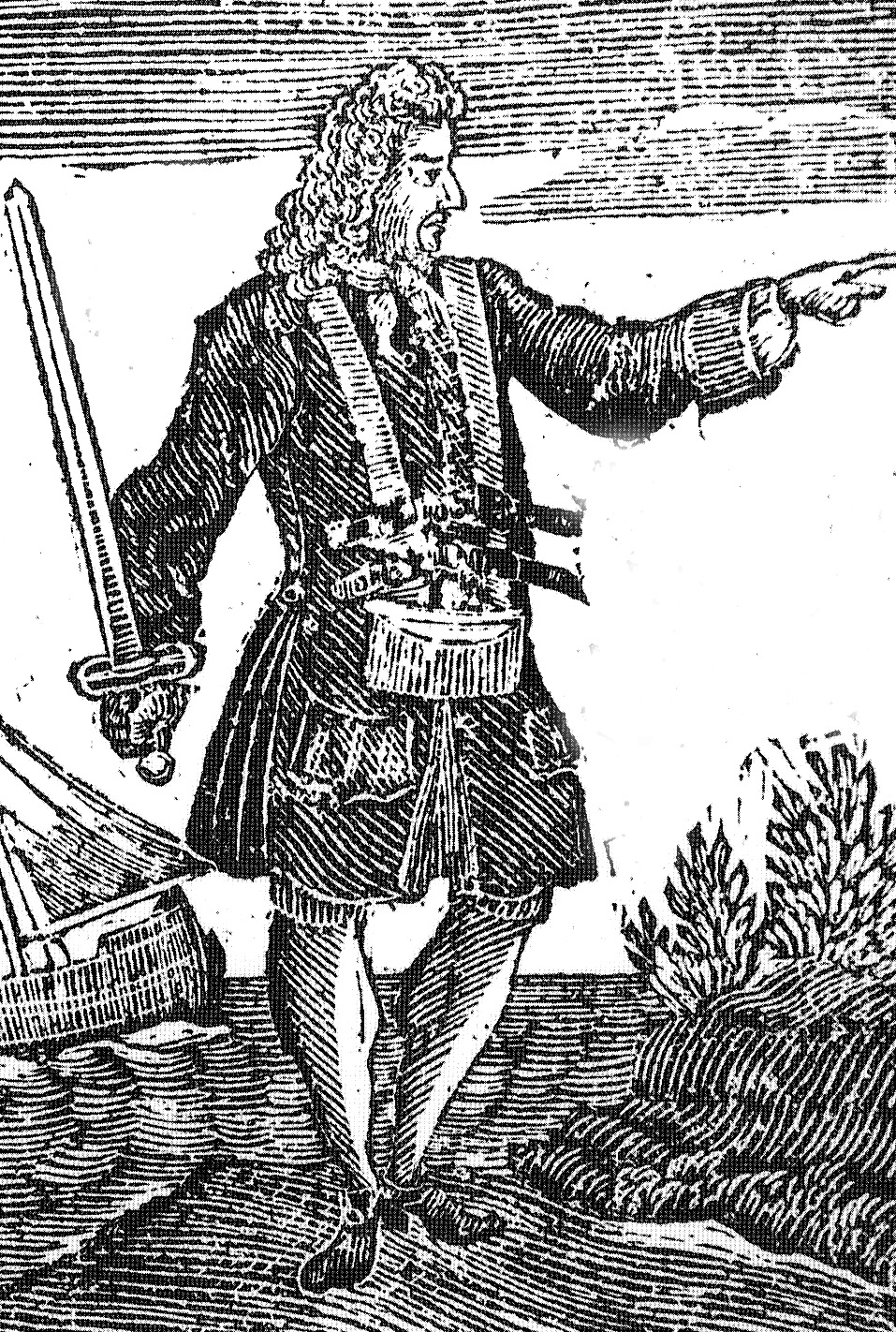 Charles Vane led a particularly long and brutal career, operating from 1715-1719 and developing a reputation for violence. He primarily sailed out of Nassau on his brigantine Ranger. Vane was notable for his strong support of the pirate republic based around Nassau, and his mockery of the attempts to bring order to the area through pardons.

Vane initially sailed under the pirate Henry Jennings. Their biggest coup was in July 1715, when the Spanish treasure fleet was wrecked by a hurricane off the coast of Florida, sinking tons of gold and silver in the shallow water near shore. Pirates raced to the area and fought with the Spanish patrols. Jennings and Vane found success by raiding the salvage camp near the end of the recovery operation, seizing immense riches from the Spaniards on shore.

Vane was based in Nassau, on the island of New Providence in the Bahamas. At the time, this was an abandoned English colony that had been taken over by pirates, becoming known as the “pirate republic.” In 1718, Woodes Rogers arrived as the new governor, and was tasked with bringing order to the region by offering pardons to pirates and hunting down those who refused. While Jennings accepted the pardon, Vane was defiant. He delayed the governor’s arrival by setting a ship ablaze in the harbor and attempting to ram it into the arriving naval vessels. He then used the distraction to escape in a sloop, firing cannons at the governor’s ship as he passed by and flying the black flag.

Vane became known for being particularly cruel. He tortured captured sailors, and sometimes murdered prisoners after offering quarter. This caused friction with other pirates, who relied on their victims trusting such assurances to convince them to surrender without a fight. He also disrespected pirate code by cheating his own men out of their fair share of plunder.

Eventually, this reputation caught up with him. While raiding ships outside Charleston, he refused to chase after several vessels. This action caused discontent among his crew, which only added to that caused by shortchanging his men. A man named Yeates, who was captain of one of Vane’s extra ships, absconded in the night with the ship and its cargo to accept a pardon in Charleston, significantly setting Vane back.

Vane still longed for the days when pirates were in control of Nassau, and sailed to Ocracoke Island in late 1718 to meet with Blackbeard. The two pirate crews held and extended drunken party through September and October. Vane attempted to recruit Blackbeard to invade and conquer Nassau and reform the pirate republic, but Blackbeard refused – he had recently accepted a pardon and felt he had too much to lose.

In late November, Vane encountered a formidable French warship. Acting in prudence, he decided to flee from the vessel. Unfortunately, his crew saw this as an act of cowardice, and voted to remove him from captaincy. He was replaced by John Rackham, who would become famous as Calico Jack. Rackham placed Vane and his supporters in a small, unarmed sloop and sent them away. Vane managed to bounce back, once more building his status as a pirate by attacking larger ships and trading up.

In February 1719, Vane’s ship was beset by a storm and wrecked. He was the sole survivor, and marooned on an uninhabited island in the Bay of Honduras. Eventually, he was found by Captain Holford, a former friend and reformed pirate. Holford refused to rescue Vane, fearing the pirate would plot with his crew to seize his ship and return to piracy.

Vane was finally rescued by a passing merchant, but one of the crew ended up recognizing him and informing the captain of his identity. They turned him in to authorities in Port Royal. After being left to rot in jail for a year, he was tried for his crimes and convicted. Vane was hanged on March 29, 1721, and his body hung from a gibbet outside the port to warn away other pirates.

Charles Vane defiantly rejected the law at every turn, and displayed a lifelong love for piracy. He is featured as a character in the TV series Black Sails, and appeared in the video game Assassin’s Creed IV: Black Flag. He is also named as a wanted pirate in Port Royale for the player to find and defeat.